The Belwood Lake Sailing Club is a group of family-oriented sailing, paddling and outdoor enthusiasts who come from a wide area and all walks of life.

The club is located on a lovely four acre site on Belwood Lake, a reservoir managed by the Grand River Conservation Authority (GRCA), about 4 km east of Fergus. There is a clubhouse with sail and gear storage, washrooms with hot and cold running water, a kitchen, picnic tables, shaded picnic area, childrens’ play area, and boat and car parking.

Boating safety is important at BLSC and all members are encouraged to read Transport Canada’s Safe Boating Guide. 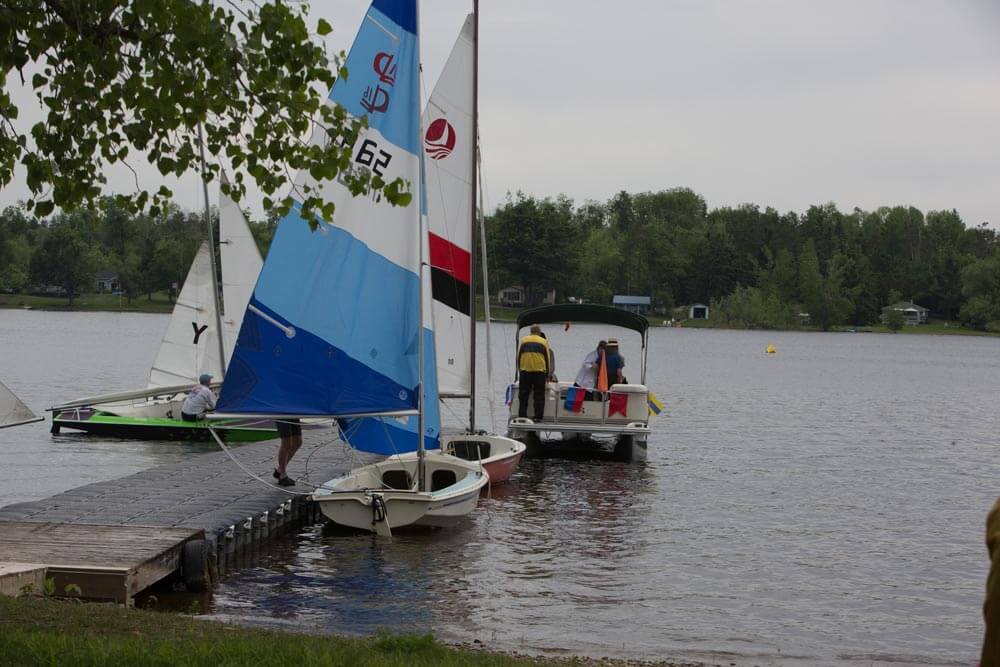 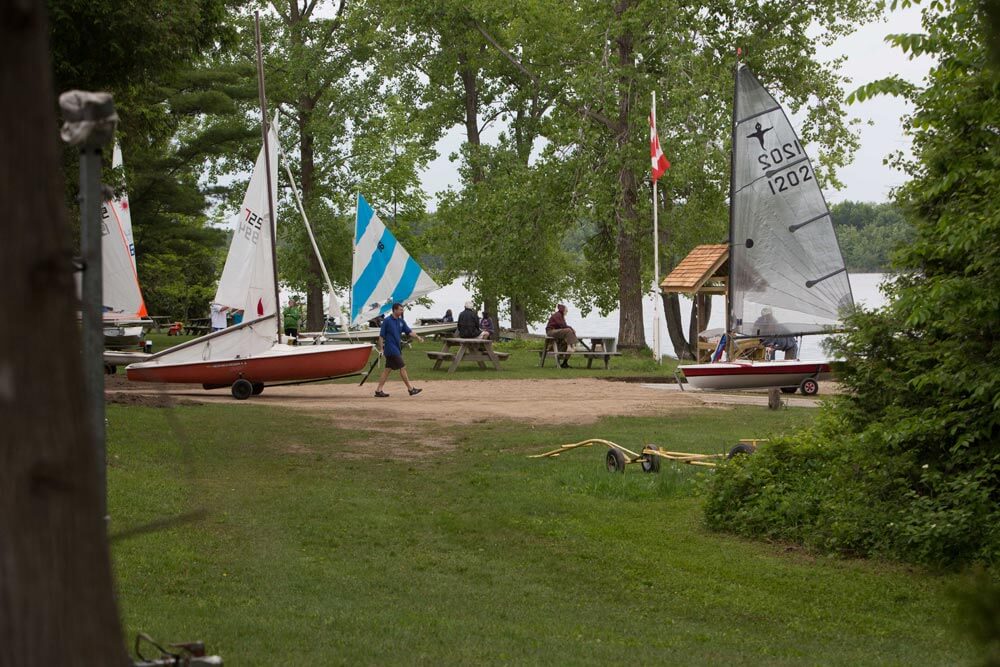 There is a ramp into the water and launching dollies that allow most people to hand launch their boats easily. There is an EZE launch for canoes and kayaks. There are two docks: one for launching and one for short term docking.

The club owns two committee motor boats which are kept in one of the garages.

The club is managed by its members. There are eleven directors elected from the membership who organize various functions throughout the year. Each week club members are responsible for keeping the general appearance of the club neat and tidy — this normally takes about two or three hours and members are only required to do this once per year.

There are a lot of different boat types in the club. Dinghies such as: Lasers, CL14s, CL16s, Wayfarers, Mirrors, Y-Flyers, Sunfish, and Albacores and catamarans like Hobie Waves, 14s, 16s, 18s, and Dart 18s and small keelboats such as Sirens, Sandpipers and Sirius. The club also has a vibrant paddling and windsurfing community with many kayaks, canoes, SUPs, rowboats and standup paddleboards (SUPs).

To learn more about how the Belwood Lake Sailing Club works, please download the  PDF.